So after I posted a picture of our dinner last night, everyone keeps asking for my recipe. I'm not very good at sharing recipes, because I make mine up as I go along. But I'll try...

First you need a basic bread dough, you can buy this in 1kg portions at most shops, at the bakery. I chose to make my own...

I cheat here and stick everything into my kitchen machine. But if you're doing it by hand mix all the dry stuff together first, then add the milk and olive oil slowly and knead until your dough feels right, you have to knead it for a while to make sure the yeast starts to work properly so that the dough rises. I leave the machine on for about 3 mins after the dough has mixed to make sure its kneaded properly.

(I double up on this, everything except the yeast - because we make extra for lunches)

Then make a mince as you would normally do for a cottage pie, or vetkoek, it can has to be a mincy sauce, not a saucy mince. We use

Brown the onion in the olive oil, then add the mince, when the mince is evenly browned, add the carrots, the cook-in-sauce(mixed according to the pack), mixed veg and simmer for about 10 mins. Don't over cook it as it's still going to bake.

You also need a cup of grated cheese.

1. Divide the dough into +/- 8 portions
2. Roll a portion out into a circle about 1 cm thick
3. Spoon a tablespoon or 2 of mince into the middle of each circle, add a bit of cheese, then fold the dough closed, pinching it together on the top to seal it.
4. Place the "Vetkoek" onto a greased baking tray and put it in the oven for 20-25 minutes

All the prep takes about 20 minutes, and the baking 25 max - the end result is so yummy. 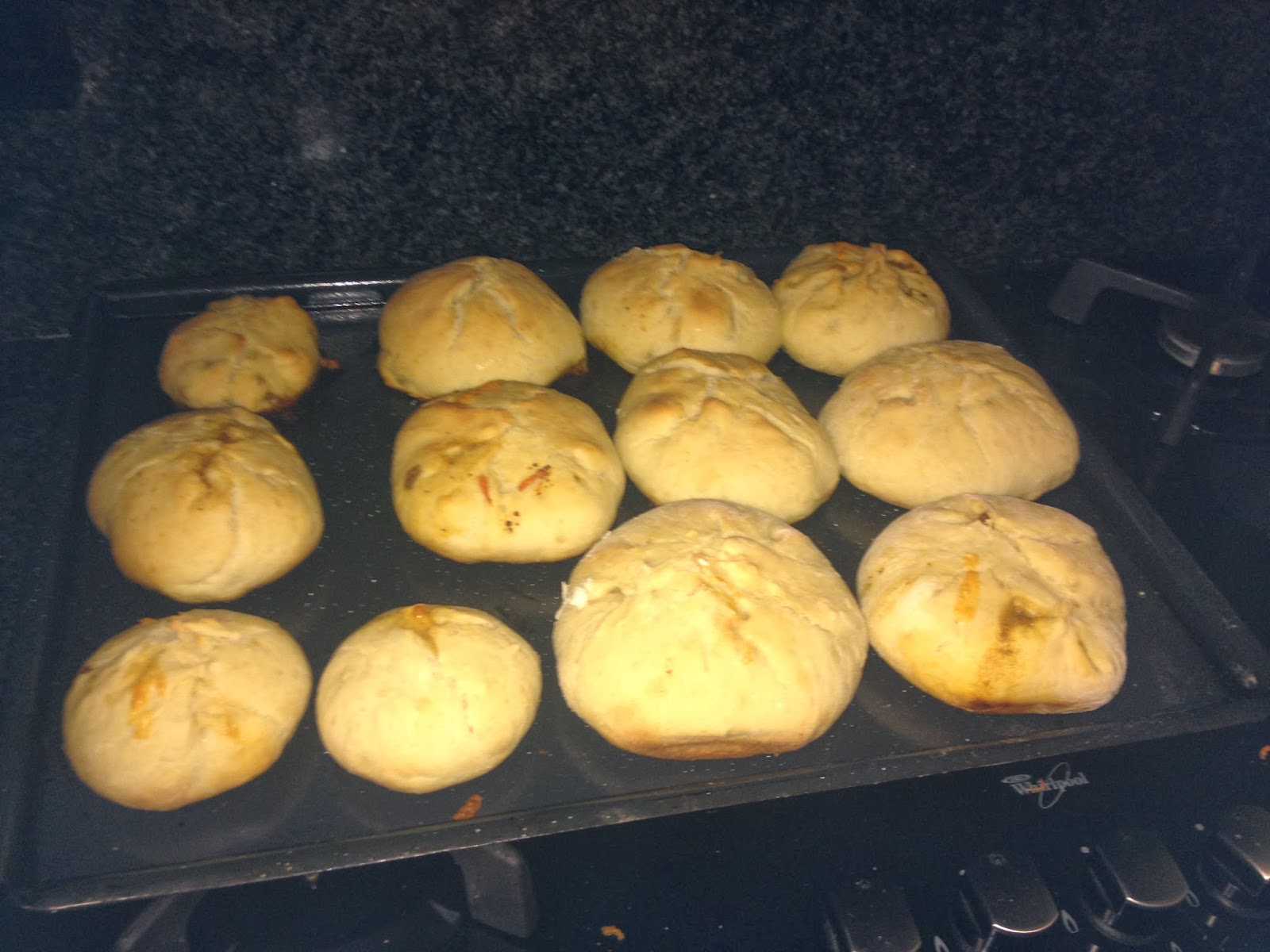 My kids always end up helping, its a whole lot of fun but the kitchen ends up looking something like this 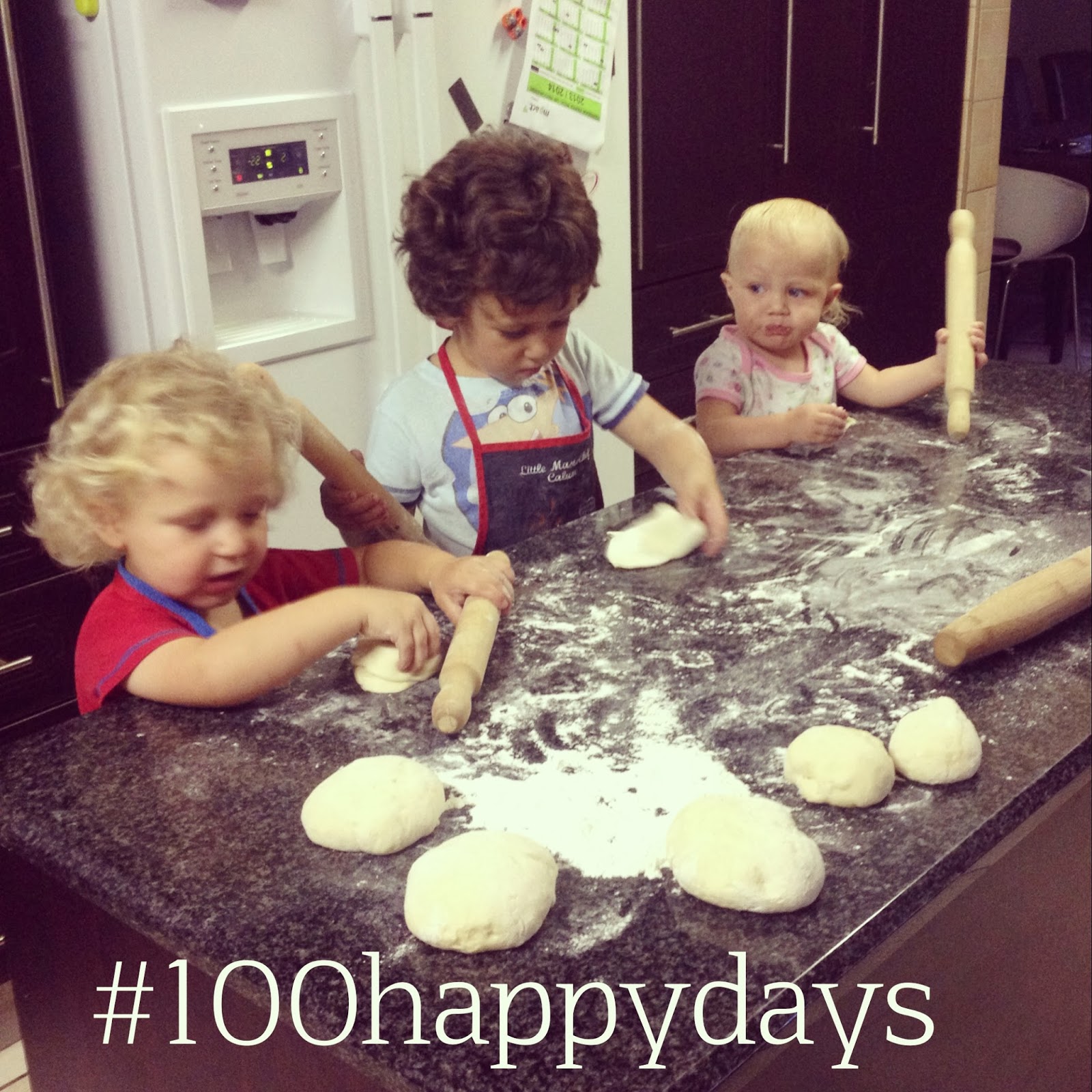