So this weekend, Toppie got a bee in his bonnet and decided he had to had to had to have an Xbox360. Its a pretty nifty toy, the fact that it connects to our home network, has netflix capabilities and the games, all in one devie is pretty awesome.

Well it came with this little camera thing, a Kinect, basically you are the controller, and you can play games, using your whole body, not sitting on the couch being a couch potatoe.

Calum just loves it, but the Kinect camera is difficult to pick up small bodies, and since Calum cant read yet I have to be available all the time so that he knows where to touch to carry on playing. Its not very kiddy friendly.  Then i remembered, when I was younger we had a similar game on the PS2 - EyeToy, and the games were far easier to control, and they were more kiddy friendly. I phoned up my dad and well since the EyeToy still works, but is lying in a box somewhere it was donated to the grandkids. Luckily Toppie's old PS2 was there ready and waiting to be set up in the toyroom.

Calum has spent the last 3 hours playing Kung fu, boxing and and and and he's been able to start games all by himself, after me showing him how only once. Now since its a new toy i know it will be over used to begin with, but as with all things time will be limited.

I was going to insert some music, but his noises are just to cute. 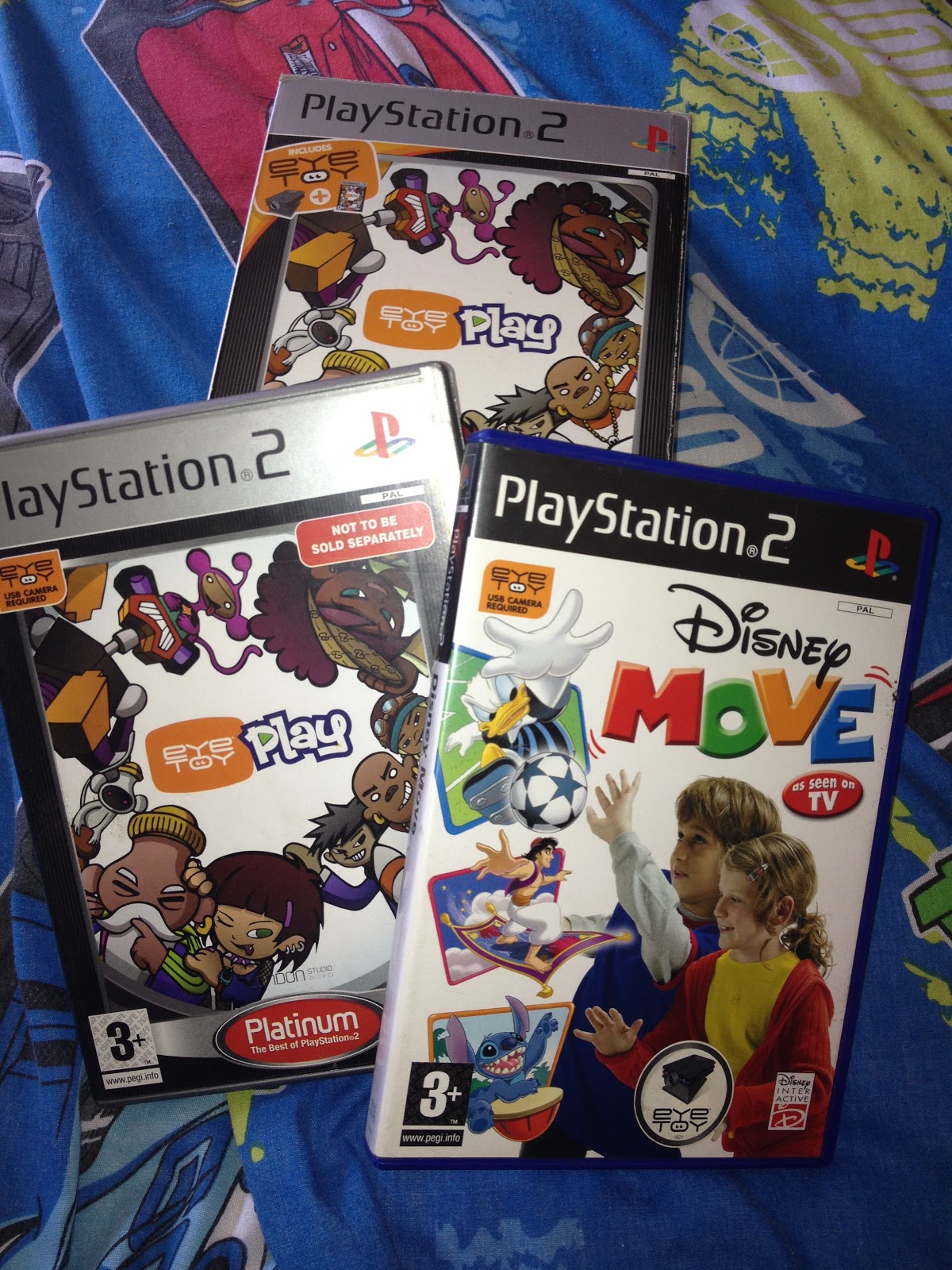